Rehana's first short film as writer/director, Modern Day Arranged Marriage, has toured to over 40 festivals internationally and won the audience award at NBC's DiverseCity Short Cuts Festival. It premiered on cable on MTV/LOGO’s Best in Short Film. Her first feature film as writer/director, Hiding Divya, was released theatrically in 2010 in six cities and later toured to schools, courtesy of an Asian Women Giving Circle grant. She has also written several screenplays, including Far From Home (Sundance Feature Film Lab semifinalist semifinalist), Particles of Pakistan (based on her Sloan commissioned play and also a Sundance Feature Film Lab semifinalist), Bhanging It (Scriptapalooza semifinalist) Quarter Life Crisis, which had a North American film release and stars Maulik Pancholi and Lisa Ray, Tiger Meat, Fillum Star: The Peter Patel Story and There's Something About Marriage (IFP Narrative Selection; IAAC Script Selection; Page Awards International semifinalist). She has also created a PSA for Thalassemia, as well as many video trailers for theater productions, including for ART/NY’s Gala Benefit. 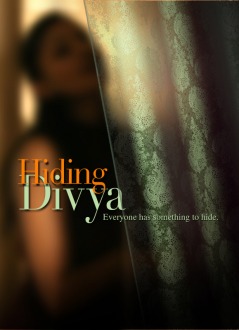 A rare glimpse into the lives of three generations of women living in New Jersey: the bipolar matriarch Divya Shah (played by award-winning actress Madhur Jaffrey); her estranged daughter Linny (starring former Miss USA India and IFC Bollywood Hero’s Pooja Kumar); and, Linny's 16-year-old daughter, Jia (newcomer Madelaine Massey), whose emotional turmoil is buried in secrecy.   Linny continually turns a blind eye towards her mother’s illness, but when she realizes the toll of silence on the family, she must come to terms with what’s never been spoken.

“This is as true and nuanced and perceptive a portrayal of mental illness, family, and community as you will find anywhere. In that sense, Hiding Divya is not only a great movie, but an important one.”
— Andante Lee, Asian Loop 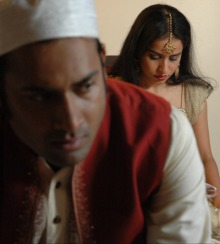 When riots between Hindus and Muslims erupt in India, a Hindu bride, Preeti, about to marry a Muslim man, Zamir, feels its repercussions all the way in the United States.  When the political becomes personal, can love rise above?

Rajesh and Suna agree to meet to discuss their marriage suitability.  Is there marriage on the menu, or just coffee?